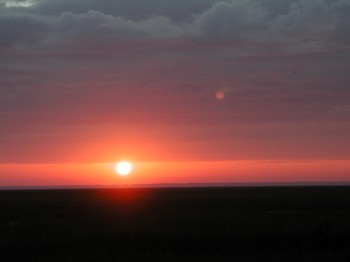 An anniversary of sorts

Right now, I am at a beautiful, fairly untouched beach on the south east coast of Australia. It’s one of my fave places, and we have a house here. I was unable to get here for about 2 and a half years, as I could not travel, due to pain and muscle rigidity from benzo withdrawal. I still have the rigidity, but it must be getting better, as I am here now.

It’s an anniversary of sorts, as it was three years ago when a doctor gave me a “safe” plan to get off 2 mgs of Klonopin. It seemed safe to me, as she had me dropping by .5 mgs every three days.

I didn’t know about Ashton or benzo forums. On the day of my last dose, my family took me to the emergency department of the hospital, as clearly something was going wrong. They kept me in overnight, I guess to watch for seizures, and then I was transferred to a private psych ward, where I was to spend the following seven weeks. Somehow I had lost the ability to dress, feed and shower myself and walk. I needed nursing, but the other inmates were able bodied, and the doctor instructed the nurses not to coddle me, so a lot of the time, help was refused, and I waited until a kinder nurse came on to the next shift and took pity on me.

I was given a walker to practice walking again, and was ordered out of bed. I was also expected to attend CBT sessions with the other patients, who, on the whole, had landed there as their medication had pooped out on them, and they were staying until they stabilised on their new cocktail. I was in enormous pain, and found CBT sessions practically impossible to attend and eventually I just gave up on them. They were of no help anyway.

I was ordered to receive visitors. While I was at home, I had asked friends and family not to visit, as I was at all not up to it, but suddenly when I was in a hospital, everyone thought it was OK to visit, and I had no control over this. This was very, very hard, as I had trouble talking and being friendly and it was exhausting and distressing.

I still trusted the doctors, and agreed to take some medications which I was told would help. I absolutely refused any AD’s or SSRI’s, as I had very bad experiences with these in the past. I was first put on largactyl, an anti-psychotic, but after a week or two, I started to get dangerous side effects from this, and was abruptly taken off it. A few days later, Lyrica and massive amounts of Tylenol and ibuprofen were added in. Then Xyprexa, to top it all off, but I didn’t take this for very long. I was also put on Ambien, and was assured that this was not a benzo, and that it was safe.

I came home after seven weeks, no better, and my husband was doing all the work, including helping me to dress. I was also very seriously suicidal. My shrink insisted on seeing me every day until she was persuaded to reinstate me onto valium, on the advice of a benzo forum that we finally found, and realised what had happened to me.

I ditched the Lyrica, and eventually gave up the tylenol and ibuprofen, but I was in trouble, as the valium had turned on me, and was actually causing huge, really unbearable, constant pain. I started on tramadol during what was a very traumatic, brutal 18 month taper off valium, where I had to cut regardless of symptoms. I then did the same with the tramadol.

Despair, depression, violent vomiting, whole body jerking, followed by panic attacks, insomnia, cog fog, screaming tinnitus and many other unpleasant symptoms. These have all gone. The tinnitus and muscle rigidity are still with me, and a little insomnia. The cog fog is slowly getting better too.

It is a little more than 15 months now since I took my last dose of valium, and I have a long way to go, but I have to acknowledge that things do slowly get better.

When I first came down here to this beach again last November, after almost three years of absence, I didn’t want to talk to anyone here, but now I am more sociable.

I am now walking more. When I first came here, I could hardly make it to the beach, but today, I walked six laps of the beach, about six kilometres (3.5 miles).

Today we saw whales. What an uplifting, joyous sight, to see these huge, marvellous bodies glistening in the sun, coming out of the water and sending enormous sprays into the air. Joy! Life is worth living after all.

Never give up hope of getting better. Recovery is hard to quantify and imperceptibly slow, but it happens.

If you are having a very hard time, remember that you are treading in the footsteps of many who have been there before you and that in time you too will get better.