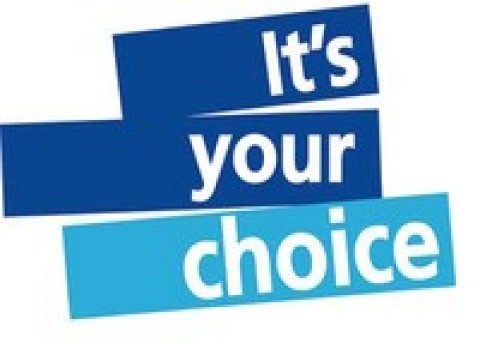 I say all the below having been gravely harmed by prescribed psychiatric drugs. I am drug free today but I am not free from the harm the drugs wrought in my life. I am very motivated to help people find options that they might not feel forced to take drugs. Feeling forced, is not really a choice at all, is it? Until the time we have a sane infrastructure of care, we must be both pragmatic and compassionate about the reality on the ground today, while working to change it as quickly as possible that fewer people might be harmed.

This is republished from a little over a year ago with a few edits.

I posted about the New York Times article the other day in which two doctors in answering the question, “Are sleeping pills addictive?” are slaughtered by the commenters who know the truth, yes indeed sleeping pills can cause addiction. While the doctors respond by saying sleeping pills are safe, the readers told stories of addiction and disability. Also, in the fray were people who felt that sleeping pills had saved their lives. And others who clearly had used the drugs and had no horrible outcome.

The truth is not everybody becomes addicted. Others that do become addicted have varying degrees of difficulty freeing themselves when they choose to. And some of us end up bedridden and sick for years. Big spectrum of outcomes. Yes.

For example in my mid-twenties I came off of Xanax after using it daily for 2 or 3 years. It was painless and uneventful. That fact led me to think that perhaps I wouldn’t have issues in the future and I did not hesitate to resume use of benzodiazepines later. This is another thing people need to know. For some stopping and starting leads to a “kindling” effect which can make future attempts to quit more difficult. In addition, I’ve seen folks on the benzo boards have a hell of a time when only having taken something like Xanax a matter of a couple of weeks or months. So time on the drug is not even always indicative nor is age though some generalities can be made about both factors.

Below I’m printing the comment of someone who has worked in addiction medicine. The comment struck me as the voice of reason in that thread. It was broadly ignored by the other commenters. This person has observed many people and has emerged with a view similar to my own though most people don’t realize I have such a broad view.

I am adamantly pro-choice. I do not assume because I choose to view psychiatric drugs as my demise that anyone else should feel that way about their own use of medications. I understand that people who feel that similar drugs have saved them may have very good reasons to believe such. I understand that life is incredibly complex and in the end we are all just trying to survive. Sometimes a solution you might not choose to aid in survival when there is no other viable option is a good choice for someone else.

Most people who end up on drugs that harm did not have viable options or they were not told of them if they did have them which amounts to a similar circumstance in their personal understanding of their own experience. Of course we don’t have an infrastructure of care that offer options and that is where policy making and legislation and education have to come in. For now though many people simply don’t have too many options, but worse, if they do they are not told and so they may make choices that are harmful when it wasn’t necessary.

People are also routinely not told that psychiatric drugs of all kinds are indeed addictive and/or physically damaging, which disallows people to understand they may want to make another choice or they may want to take a medication only during an acute or crisis phase to limit harm. I know lots of people who take meds on a PRN basis now, in crisis only. And that includes meds that are not routinely prescribed that way. Most of these people do very well. And most everyone else is not told this is an option and are instead told they need many dangerous drugs for the rest of their lives.

The fact is there are more choices than simply drugs or no drugs. That is a hard thing for people who think in black and white to grasp.

If we are told that these drugs have the risks and dangers that they have when we are offered them then we can approach their use with much greater caution. As it stands now many don’t understand that caution is warranted. This is why the doctors who respond to the question “Are sleeping pills addictive?” are out and out criminal. That many people don’t get addicted is true. But if our doctors assure us these drugs are safe with no caveats about the large number of users who are devastated by addiction or illness after taking them, then we have not been able to make an informed choice.

Being that life is difficult and we are all different it may be appropriate for some people to choose meds after knowing the risks. The problem is most people do not know the risks. This goes for all psychiatric drugs with all the dangerous risks involved…addiction is only one of them. With other psych meds it may also be addiction and dependence but it’s often all sorts of life shortening physical problems such as diabetes, weight gain, heart disease etc. Sleeping pills also shorten life span.

I liked this persons comments in response to the New York Times piece. It is one that respect our differences.

I have worked in addiction medicine for many years, I get it. One of the things that people leave out in these kinds of dicussions is the fact that all of us are neuro-chemicial organisms – every one of our cells is a chemical factory that reacts and responds to our internal and external environment. We are humans. Are we similar to each other? Yes. Are we identical? No. We all have neural pathways and chemical responses that are individually unique to us.

Problems emerge when we begin to think that everyone should or does behave or react the same way, or that solutions are the same for everyone. We know a lot about the neurochemistry of the brain, but in actuality what we know is only a fraction of what there is to know. Much of what we “know” is inferred – which means we “know” it indirectly. Some might say that we are making it up, and in some ways that is true.

The point is that every person with any kind of sleep disturbance is different, and what works for me may not work for you. Does everyone who has insomnia need prescription medication? No. Will everyone respond to natural methods? No. Will some people need to be on sleep medication long term? Yes. Does everyone who takes sleep medication become addicted? No. Do some people have reactions or become addicted? Obviously yes. Do we need to use good judgement when treating this disorder? Of course. Do we need more research and more education? That’s a no-brainer.

Thankfully I have never had a problem with sleep. But in the course of many years I have seen the negative effects that chronic insomia (much like chronic pain) can have on the quality of life for individuals. When we try to put everyone in the same box, we risk losing our compassion for the people that don’t fit in the box. As they say, unless you have walked in someone else’s moccasins, you can’t really know what it is like for them. For me, I would rather have a hundred different possilbilities for remedies that might work, than only one that doesn’t work.

Pragmatism helps us be in the moment so that we might change things more effectively. I certainly hope that a day comes in which there are many options offered to all regardless of individual resources and that those options will allow most to avoid potentially dangerous drugs. We don’t live in the future though and we have to be present and compassionate to the reality of today. Sometimes drugs are unavoidable. Today there is virtually no safe place for anyone to go in a crisis. Such places hardly exist at all and when they do exist they are cost prohibitive for most. Let’s change that so that people need not feel neurotoxins are ever the best among a poor selection of choices.

Let us create an infrastructure of care that is staffed with people who have many alternative and holistic choices for healing. One in which there are better options that simply do not harm. There are many such possibilities. This blog covers lots of methods that people have used to heal. They’re out there being used already by thousands of people but not in  mainstream mental health care and psychiatry where pharma is god.

●  Dogmatic anti-meds stance can be dangerous

Please do not attempt to discontinue psych drugs without first very carefully educating yourself on the risks involved so that you might minimize the chances of developing grave iatrogenic illness if you decide to withdraw: Psychiatric drug withdrawal and protracted withdrawal syndrome round-up