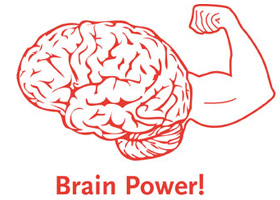 It’s hard to understand why the importance and primacy of exercise is so often overlooked and/or buried in the treatment and care of those who suffer from mental distress. It is nothing short of criminal to not make exercise and diet/nutrition  the first thing that is tended to when people are suffering from that which is most often treated in psychiatry.

What is worse, since psychiatric drugs make people sluggish and most often gain weight as well, once the patients are drugged into a stupor and become fat, professionals often shame people on the drugs blaming them even while the professionals are the ones prescribing the offending substances. The professionals then insist that all the patient needs to do is exercise. This is the height of hypocrisy, since if exercise had been prescribed BEFORE the drugs they might actually be able to do it! Now, after the drugs, it’s not all that likely that one can sustain an exercise program.

Insisting people exercise and then shaming them when they do not, when they are drugged into a stupor doesn’t work, and that is what I saw perpetrated again and again when I worked with that population.

When we start offering alternatives to medications that seriously and deeply harm the bodies of people (and yes, their minds too!!) then we can more realistically hope to engage them in other healthy pursuits.

I’m making this argument because I saw this lovely article on the importance of exercise and wanted to share. Exercise isn’t just important to stay healthy in a general sense, it can also make people find their optimal performance with creativity of all kinds and has a profound effect on your brains’ health. It actually engages the brains’ capacity for neuroplasticity which also suggests it is a key part in healing emotional distress too.

From Fast Company, The creative brain on exercise:

As Dr. John Ratey noted in his seminal work Spark: The Revolutionary New Science of Exercise and the Brain (2008), exercise isn’t just about physical health and appearance. It also has a profound effect on your brain chemistry, physiology, and neuroplasticity (the ability of the brain to literally rewire itself). It affects not only your ability to think, create, and solve, but your mood and ability to lean into uncertainty, risk, judgment, and anxiety in a substantial, measurable way, even though until very recently it’s been consistently cast out as the therapeutic bastard child in lists of commonly accepted treatments for anxiety and depression.

In 2004 the esteemed New England Journal of Medicine (NEJM) published a review of treatments for generalized anxiety disorder that noted thirteen pharmaceuticals, each with a laundry list of side effects, but nothing about exercise. In response, NEJM published a letter by renowned cardiologists Richard Milani and Carl Lavie, who had written more than seventy papers on the effect of exercise on the heart, eleven of them focused on anxiety. That letter criticizes the original article for omitting exercise, which, the writers note, “has been shown to lead to reductions of more than 50 percent in the prevalence of the symptoms of anxiety. This supports exercise training as an additional method to reduce chronic anxiety.” read the rest

I stopped being able to exercise in any meaningful way for many years. It was a source of great distress since prior to psych drugs I had been an athlete. Once I was drug free I not only can exercise again, I lost 85 lbs without really trying. All I did was focus on getting healthy in general — that included both eating wholesome food and exercise — but was not focused on weight loss at all. See: If I had remained med compliant

*it is potentially dangerous to come off medications without careful planning. Please be sure to be well educated before undertaking any sort of discontinuation of medications. If your MD agrees to help you do so, do not assume they know how to do it well even if they claim to have experience. They are generally not trained in discontinuation and may not know how to recognize withdrawal issues. A lot of withdrawal issues are misdiagnosed to be psychiatric problems. This is why it’s good to educate oneself and find a doctor who is willing to learn with you as your partner in care. See: Psychiatric drug withdrawal and protracted withdrawal syndrome round-up

Support Beyond Meds. Enter Amazon via a link from this blog and do the shopping you’d be doing anyway. No need to purchase the book the link takes you to. THANK YOU or make a donation with PayPal