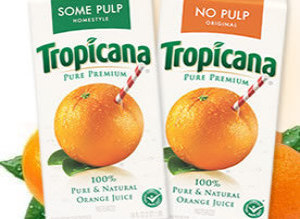 I’ve not drank fruit juices for a long time simply because they are high in sugar. Whole fruit is generally the only way I consume sugars these days. For any of us who have blood sugar balancing issues, whether that’s diabetes or hypoglycemia any large amount of sugar, natural or not is best avoided. I mostly eat low sugar fruits like blueberries and lemons and cranberries.

Here below, though, are even more reasons to avoid the most popular juice that’s billed as oh so healthy. And I have been a sucker for exactly what they are talking about here when on the rare occasion I used to buy juice I indeed bought the “not from concentrate” variety of orange juice or grapefruit juice. (by the way if you’re not aware grapefruit is contraindicated with ALL SORTS of medications!! and now they are finding so do pomegranates—so do your research if you insist on drinking juice and are also taking medications!)

If one wants to drink fruit juice I highly recommend buying a juicer and making your own.

We finally bought a juicer, though I use it mostly for veggies as a way to get nutrients and cleanse. Adding a small amount of fruit (like half an apple) to a mostly veggie juice is nice for flavor and you won’t over do it on the sugar.

Q: What would consumers be surprised to discover about orange juice?

A: The leading producers of “not from concentrate” (a.k.a. pasteurized) orange juice keep their juice in million-gallon aseptic storage tanks to ensure a year-round supply. Juice stored this way has to be stripped of oxygen, a process known as de-aeration, so it doesn’t oxidize in the tanks. When the juice is stripped of oxygen, it is also stripped of flavour-providing chemicals … If you were to try the juice coming out of the tanks, it would taste like sugar water.

Juice companies therefore hire flavour and fragrance companies, the same ones that make popular perfumes and colognes, to fabricate flavour packs to add back to their product to make it taste like orange juice.

Q: What are flavour packs?

A: Flavour packs are derived from the orange essence and oils that are lost from orange juice during processing. Flavour houses break down these essence and oils into their constituent chemicals and then reassemble the chemicals into formulations that resemble nothing found in nature. Most of the juice sold in North America contains flavour packs that have especially high concentrations of ethyl butyrate, a chemical found in orange essence that the industry has discovered Americans like and associate with the flavour of a freshly squeezed orange.

Q: How is the labelling of orange juice misleading or confusing?

A: A good example is the statement that appeared at the top of Tropicana’s new and now discontinued carton: “squeezed from fresh oranges.” While meaningless – one would hope the oranges were fresh when squeezed – the statement could easily be misread as “fresh squeezed” by all but the most discerning shoppers.

Not much has changed since the early 1960s, when the U.S. Food and Drug Administration began to regulate orange juice in part to stop orange juice manufacturers from marketing their processed products as fresh.

Q: What type of orange juice is closest to pure or fresh squeezed? Frozen concentrate, bottled or chilled in cartons?

A: It’s hard to compare. What’s important is price is not an accurate measure of the extent to which a product has been processed.

For instance, “not from concentrate” orange juice, which is sold chilled in cartons, is the most expensive but not necessarily the least processed …

Any product that has a 60-plus day shelf life and is available year-round has to be heavily processed. If you want a product that is fresh-squeezed or close to it, the “best before” date is a good gauge. Fresh-squeezed juice doesn’t last for more than a couple of days.