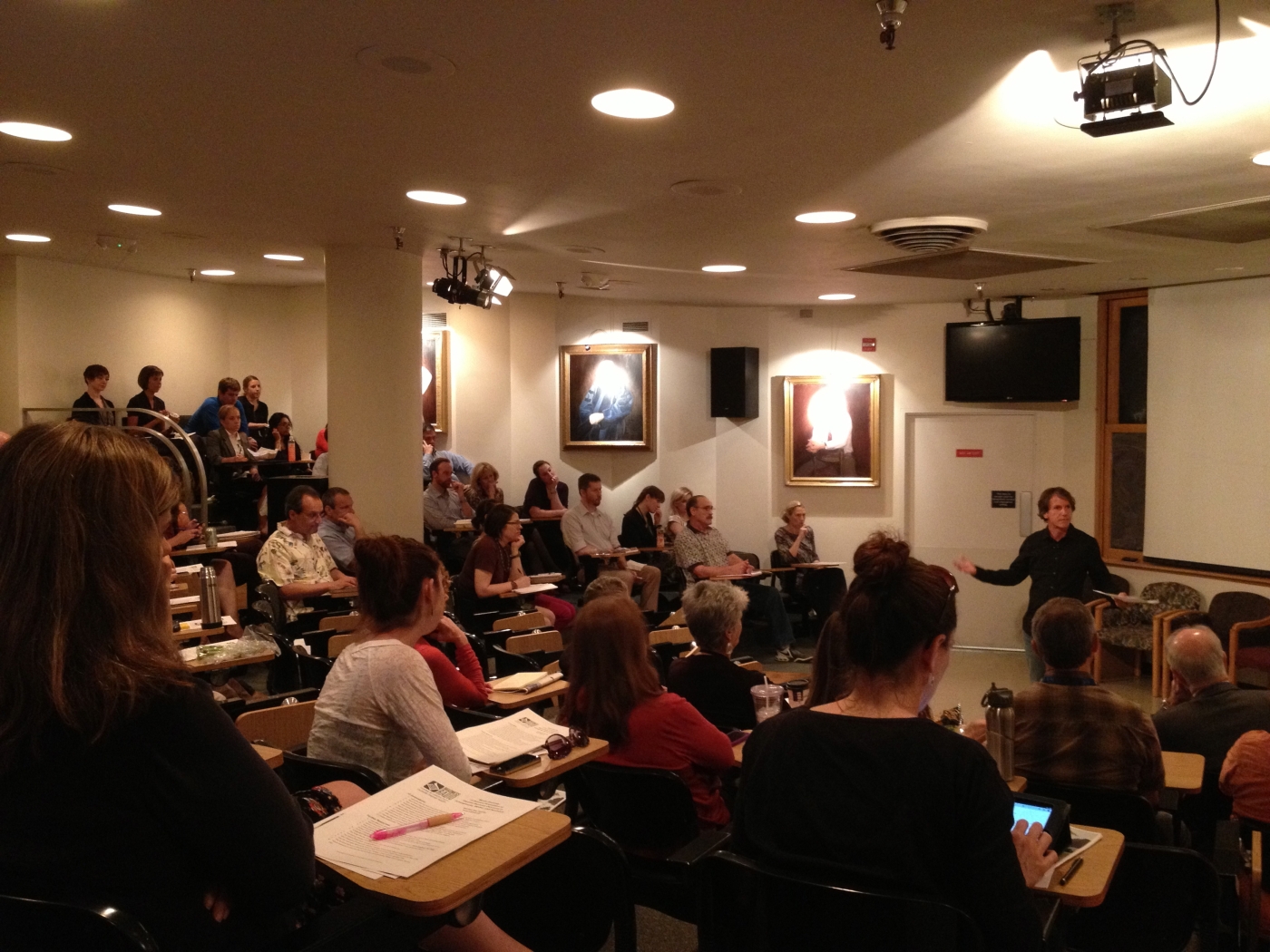 My Grand Rounds talk at OHSU Department of Psychiatry was both video archived on their website, as well as live broadcast to several remote sites, including Oregon State Hospital. Much of the presentation followed my APA talk last October, compressed into an impossibly short timeframe made even shorter by a late start. With one or two exceptions, the crowd filling the lecture room was very welcoming and positive; it was an overall inspiring experience for me to see so much openness to change. A special thank you to Dr. Neil Falk, who helped out when OHSU asked that I have a doctor as sponsor for my talk.

There was one comment at the end that took me a bit aback with its forcefulness. I invited the person to contact me so we could continue to dialogue, and haven’t heard from them. I think if I was a bit more collected (hey it’s a bit scary being surrounded by medical professionals staring at you in a hospital, what can I say) I might have added something to my reply, such as “None of what I am saying is denying  the reality of extreme human suffering that gets called schizophrenia. I know that suffering firsthand and I do not believe in the ‘myth of mental illness.’ And none of what I am saying is denying the usefulness of medications for many people. The programs and research I cite, including Soteria House and Open Dialogue in Finland, do support the reality that many people find medications very helpful, a reality I have seen firsthand among my friends, colleagues, people at support groups, and in my counseling practice.” 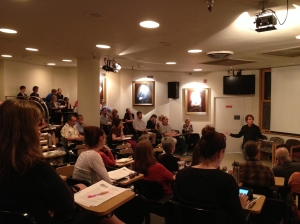 and the Grand Rounds Archive page is here, with downloads of the handouts I prepared for the talk