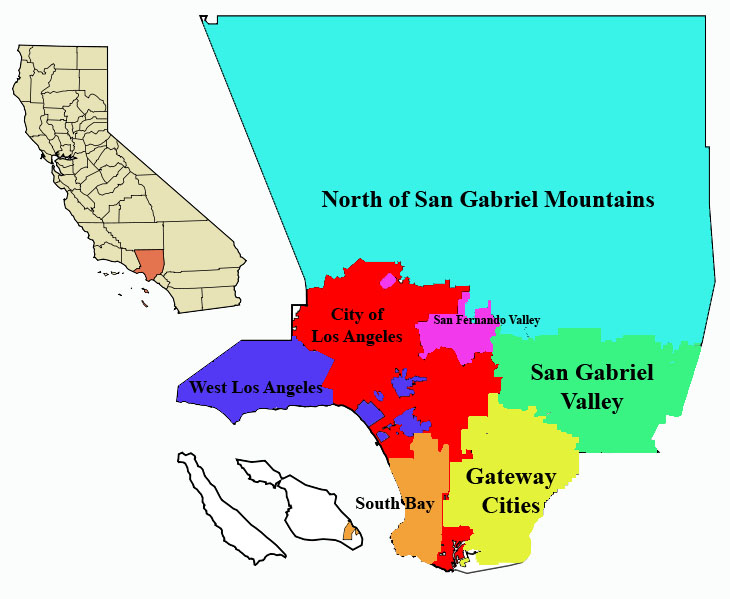 Even as we have access to more and more information that links that which gets labeled mental illness to trauma — treatment that exacerbates the trauma response continues to gain legal traction all over the country. This, of course, leads to the epidemic of harm and iatrogenic illness we’re watching happen. See: Anatomy of an Epidemic

Embracing this critique doesn’t mean there is no biological factor to such phenomena…we are holistic beings, so of course there is biology involved too. What it means is the answer does not lie in the biological reductionism that psychiatry espouses and makes up stories about.  Everything matters. Until we start attending to the individual as part of the whole of life, intertwined with everyone and everything, we’ll continue to harm.

So, yes, until we as a society begin to understand the harm we continue to perpetrate in our mental illness system  by picking on our most vulnerable, we will continue to see the epidemic of psychiatric illness because we are directly keeping it alive with such programs.

We need to consider alternatives and to do that we need to have an infrastructure of care that supports alternatives. Right now that does not exist. This doesn’t mean it’s not possible — it means we need to start creating laws and supporting policy that looks at what it means and begin to create it. No small task. The alternatives exist. What we don’t have is a system of care populated by folks who know what they are so that meaningful support can be given to offer such care. Powerful forces (think capitalism and pharma) don’t want it to happen. Let’s make it happen anyway.

Some of those alternatives are listed in drop-down menus at the top of this blog. If you’re curious to what I’m referring to that is a place to start considering alternate ways of viewing the issue of “mental illness” and caring for folks who are labeled. Meaningful alternative care starts with framing the problem differently.

I’m sharing the new item about Los Angeles County and then I’m going to cut and paste a post on forced treatment below.

Once the new program is up and running, a family member, treatment provider or law enforcement officer will be able to ask the county to file for a court order requiring someone to undergo treatment. Those who don’t comply can be taken into custody on a 72-hour psychiatric hold. Patients can’t be forced to take medication under the law, although there are other mechanisms for court-ordered medication. (read the rest) 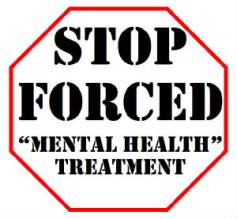 This post is now also on Mad in America, if you’d like to participate in the comments.

And below, more information on force with collected links:

It’s actually been said before. Maybe this time someone other than the victims will listen.

Human rights are being violated everyday in the USA and all over the world in the name of psychiatry yet hardly anyone cares or believes it’s happening at all.

The UN came out with a report that states that forced psychiatric care passes the threshold of maltreatment to TORTURE.

Summary
The present report focuses on certain forms of abuses in health-care settings that may cross a threshold of mistreatment that is tantamount to torture or cruel, inhuman or degrading treatment or punishment. It identifies the policies that promote these practices and existing protection gaps.

By illustrating some of these abusive practices in health-care settings, the report sheds light on often undetected forms of abusive practices that occur under the auspices of health-care policies, and emphasizes how certain treatments run afoul of the prohibition on torture and ill-treatment. It identifies the scope of State‟s obligations to regulate, control and supervise health-care practices with a view to preventing mistreatment under any pretext.

And from the body of the report:

For example, the mandate has held that the discriminatory character of forced psychiatric interventions, when committed against persons with psychosocial disabilities, satisfies both intent and purpose required under the article 1 of the Convention against Torture, notwithstanding claims of “good intentions” by medical professionals (ibid., paras. 47, 48). (the PDF file here)

In a statement to a session of the United Nations Human Rights Council in Geneva on March 4, the U.N. Special Rapporteur on Torture and Other Cruel, Inhuman or Degrading Treatment of Punishment called for a ban on forced psychiatric interventions including forced drugging, shock, psychosurgery, restraint and seclusion, and for repeal of laws that allow compulsory mental health treatment and deprivation of liberty based on disability, including when it is motivated by “protection of the person or others.” SEE THE PDF

If you’re not aware of just how brutal and coercive psychiatry can be, it’s well worth understanding. Some of it is so extreme it’s hard for those uninitiated to conceive of  but, sadly, it’s very common.  The bottom line is psychiatry, in general, at best, is subtly coercive. Drugs are generally presented as necessary rather than one, often far less than ideal, possibility for treatment. This means one is made to believe through somewhat more subtle coercion that they have no choice but to take drugs with very dangerous adverse effects that include disabling physical illness and very early death.

I’ve written a response to this a few days after I published this piece: In honor of the woman I witnessed being tortured in a psych ward

More on forced treatment on Beyond Meds:

●  That’s crazy: powerful documentary on the coercive nature of psychiatry –  If you’re not aware of just how brutal and coercive psychiatry can be, you should really watch this. This may seem extreme to those who’ve not seen it happening but it’s very common and the bottom line is psychiatry, in general, at best, is subtly coercive. Drugs are generally presented as necessary rather than one, often far less than ideal, possibility for treatment. This means one is made to believe through what amounts to subtle coercion that they have no choice but to take drugs with very dangerous side effects.

●  WNUSP statement on the Implications of the CRPD on Forced Treatment

●  The chill of forced incarceration and psychiatric “care” (otherwise known as gun control??)

●  (against involuntary “treatment”) The reflexive call for fewer liberties: by Glenn Greenwald who remains lucid in the chaos

The banality of evil-accounts for what happens in psychiatry.Ppl who accept premises they’ve been taught& so bear witness to horror in peace