Often when I work with someone who comes to see me I am at a loss of where to begin.  Emotional distress such as depression, insomnia and anxiety often have so many tangled roots that it is hard to know where to begin.   Distress often has its roots in multiple origins such as trauma, ongoing stress as well as poor lifestyle and dietary habits.  On a deeper level, distress can be thought of as a singular expression of a larger pattern of disharmony that spans the globe due to underlying systemic problems of racism, poverty, colonialism and ecological devastation.  If we think of the planet as one living organism, then emotional distress is a signal of systemic suffering.

How can we can work with depression in the context of people having to work at low wage jobs, eat cheap processed food and live in cramped dangerous urban environments?  Suggesting that a therapy session, or a visit to a doctor will shift this equation ignores the underlying issue of injustice and poverty.  As a therapist I have worked in an acute hospital setting and I often have seen homeless people cycle in and out of hospitalization due to severe distress.  Generally they come for relief from the elements and a safe place to sleep more than any medical attention.  Psychiatric drugs, or counseling, do little to alleviate their underlying socio-economic based distress.

I wonder about the state of modern mental health and its emphasis on evidence based medicine.  In general, the system promotes the use of psychiatric medications in conjunction with cognitive behavioral therapy for helping manage distress.  I  think about this way of approaching mental health as it slots an enormous amount of people with widely differing narratives and cultural backgrounds into singular approaches.

In Thailand where I grew up in my early years, a village woman our family knew well experienced profound depression after the loss of her son.  She found solace in talking to Buddhist monks and deepening her study and practice of Buddhism.  In Ecuador, I took part in rituals where an Ayahuascero (a healer who uses the plant hallucinogen ayahuasca) helped someone to heal from profound depression and addiction issues.  In Guatemala, I worked with healers who offered local herbs to help with grief and sadness.  In each case, treatment tailored to the worldview, cosmology and culture of an individual proved to be key as part of the healing process.

In this age of Randomized Clinical Trials, there is a strong emphasis on replicability and creating models that can be effective amongst a wide segment of people.  Drug based medicine works well for this as they tend to have a strong singular effect that can be easily duplicated.  2 milligrams of ativan will have a similar sedative effect for most people.   It is much harder to create effective reproducible models of healing when examining varied healing techniques from throughout the world.  Shamanic healing, a conversation with a buddhist monk, the use of culturally singular ceremonial tools and techniques do not easily translate and won’t have the same emotional/psychological impact on different peoples.  This is not to say they are not effective, but not neatly transposed into randomized clinical trials that can be replicated.  But when we require that healing techniques only be allowed that are subjected to this level of scrutiny, we start to place our own limited and narrow cultural beliefs on complex varied societies.   I am trying to imagine an indigenous Quichua man coming for a session of talk therapy or receive medication to help him heal the wounds of colonization and ecological pillage.

When we couch respectability in terms of evidence based science, we can actually cause damage to the potential for healing that can happen within a variety of settings.  Further, calling these various forms of healing superstitious or unscientific reenacts the wound of a dominant culture requiring that the rest of the world fits into their way of seeing reality.  By requiring “treatment” to be “evidence based” we do a vast disservice to those from other cultures and peoples who find healing through a variety of non-sanctioned paths.

Our approach to modern mental health mirrors our approach to the land around us.  We have created landscapes that are straight and narrow, boxes of perfectly grown crops, neatly arranged buildings and roads that are quick and efficient.  Indigenous cultures and their languages are fast disappearing as modern global culture becomes increasingly digitized and homogenized.  Those who fall “mentally ill” along the way, who can’t handle the pace and fragmentation of modernity, are funneled through a modern mental health system that offers one-size-fits all treatment strategies that rarely address the underlying roots of people’s distress.

My hope is that instead of boxing, defining and requiring specific reproducible evidence based mental health strategies, we start to think more out of the box, look to the unique, widely varying traditions of our ancestors and those who still practice indigenous and folk healing. Traditional techniques as simple as  a bowl of chicken soup, nourishing herbal teas, singing, chanting, praying, sacred movement, ritual and warm embrace are time honored methods of helping people return to greater emotional resiliency and wellbeing.

Instead of defining “treatment” in narrow ways, let us open the door to a wider vocabulary that remembers our roots, that embraces a wide assortment of healing techniques and also honors that there are many who cannot escape distress, and cannot be easily “treated” due to oppression and injustice. 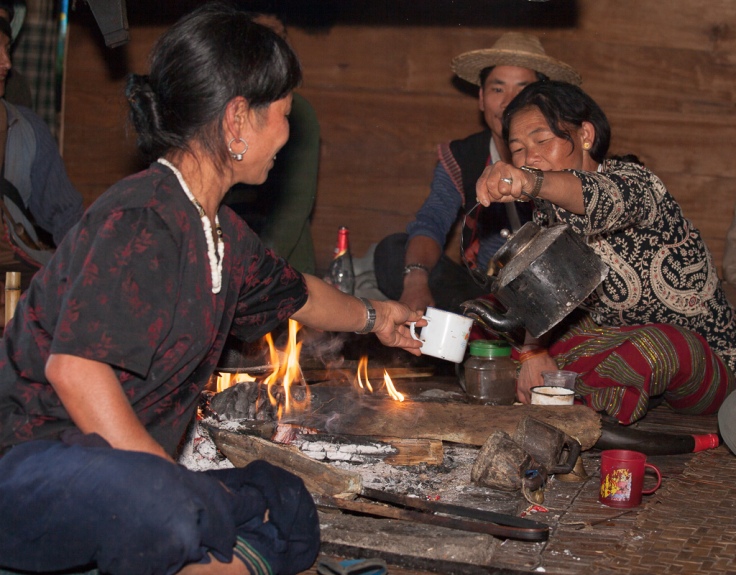 Jon Keyes is a licensed professional counselor working in private practice at Hearthside Healing in Portland Oregon. Jon also has worked part-time in an inpatient psychiatric setting.  Jon is interested in exploring alternative and holistic ways of helping people in emotional distress and crisis.

More by Jon Keyes on Beyond Meds here