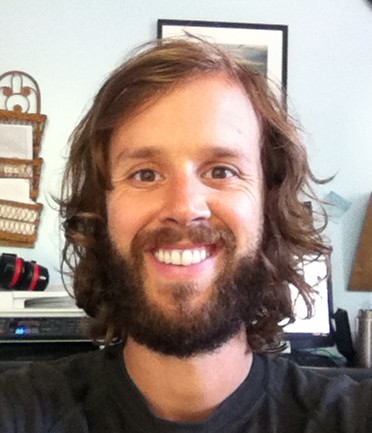 It may seem like trivial semantics, but the mistake that mental illness is something concrete has led to an epidemic of mythology. Every day, someone is told they have a thing inside them called mental illness that must be contended with long-term in order to achieve health. What follows is people learn to see themselves as having ill experiences and well experiences, unlike the normal population who somehow manage to live without sick feelings and thoughts. This attitude can have devastating effects psychologically, as it assures a person that something is wrong with them at their root – their mind, and that they cannot live confidently in their understanding of the world. Physically this attitude can lead to injury, as it assumes and often persuades anyone diagnosed with major mental illness to take risky medications indefinitely as opposed to selectively, which can lead to long-term addiction and a wide range of disabilities, bodily dysfunctions, and disturbing behavior. And socially this attitude can create alienation, ironically reinforced by the attitudes – “You are chronically mentally ill” – of the very people who are supposed to be helpful.

For more by Steven Morgan see here. Rethinking the Potential of the Brain in Major Psychiatric Disorders By Steven Morgan stevenmorganjr@gmail.com I. Questionable Theories The human brain is likely the most complex structure in the Universe. Even though it produces our understanding of the world, we are still in our infancy of understanding it. Even… END_OF_DOCUMENT_TOKEN_TO_BE_REPLACED

Steven has been a guest contributor numerous times now and I never stop delighting in how he sees the world. For all his pieces on this blog see here. Most of those pieces are by him. I think two of them simply speak of his work, but it was the easiest way for me to… END_OF_DOCUMENT_TOKEN_TO_BE_REPLACED

Peer Specialist advocate and bipolar survivor Steven Morgan talks about his experiences with spirituality and meditation, including healing through dream work. Listen to the recent profile the New York Times did of Steven here and check out Steven’s writing here. He also has many pieces published on this Beyond Meds Listen above or to download… END_OF_DOCUMENT_TOKEN_TO_BE_REPLACED

Steven has now let me publish several pieces of his work. If you like this piece of his do a search with his name in the right hand corner of this blog to see more of his pieces. He’s one of us making a difference! I’m always thrilled to publish his work. The other side… END_OF_DOCUMENT_TOKEN_TO_BE_REPLACED

Steven Morgan has now contributed to this website a number of times. His writing is all inspired and I’m always grateful when he allows me to publish a piece of his. This piece I solicited recently. It is my favorite piece of work he’s granted me the right to publish. It’s something he’s worked on… END_OF_DOCUMENT_TOKEN_TO_BE_REPLACED

The below piece was written by Steven Morgan in an email exchange that took place on one of my email lists. I thought it was a beautiful well thought out email and asked Steven if I could publish it here. It is slightly edited to allow for it to make sense in this context, links… END_OF_DOCUMENT_TOKEN_TO_BE_REPLACED

By Steven Morgan – Tonight will be a Haldol night. The newly minted nurse will say, This is going to make you feel better, and I will duly reply, Ok, anything. She will tell me to lean forward over the table and pull up my gown. I will feel cold air crawl like fingers around my torso. She will tell me it’s going to feel like a prick, but only for a moment. I will feel the skin on my ass cinch around the needle. The tranquilizer will swim out the chute in a billowing yellow cloud. She will announce, Good job, jerking back. ….

Steven Morgan, Soteria Vermont project manager, reflects on working with psychosis. Soteria Vermont is a project of the Vermont state government, which seeks to be a leader in mental healthcare.