I made a variation of this delightful creation (the zuzu ganoush, not the bread) by Lindsay Wilson, Madhupa Maypop. I put in mint, basil and parsley from the garden and added some hemp seeds in addition to the tahini…it was GOOD. thank you Lindsay!

Eating wholesome whole real food is important for body/mind/spirit health and well-being. I’ve written a lot about my adventure with diet and healing here:  Nutrition and gut health, Mental health and diet

And you can find more Foodie posts and recipes here. 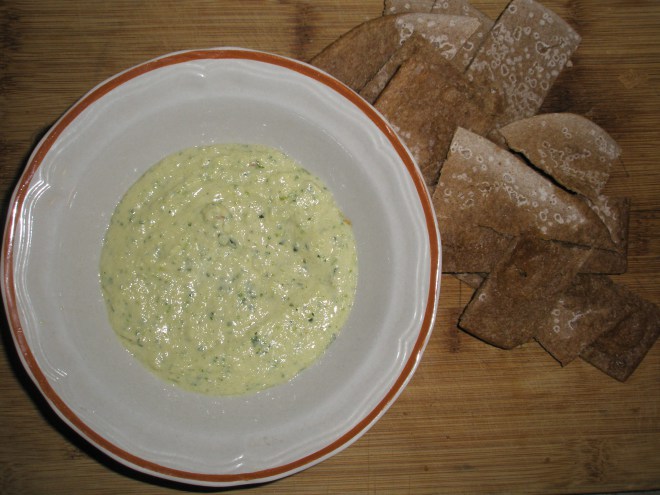 I don’t know why I’ve never thought of this before considering the many ways I have tweaked my hummus recipe.  I finally took a swing at changing up the traditional eggplant baba ganoush recipe by using zucchini instead (hence, zuzu ganoush).

It turned out super tasty.

I also made simple sourdough spelt flatbread to go with it.  I normally don’t eat many grains.  However, when I do, it’s either soaked, sprouted, or fermented (soured).  Each of these traditional processes denature anti-nutrients such as phytates and enzyme inhibitors.  Both of these play a role in irritating the digestive tract and/or blocking availability of important nutrients from the grain as it moves through the digestive tract.

I typically eye-ball recipes, but I’ll try to recount what I did as best as possible.  People end up tweaking recipes anyway (at least I do), so hold this lightly and taste…