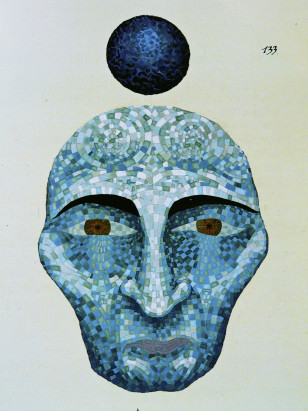 The Red Book has been described as Jung’s creative response to the threat of madness, yet it has also been seen as a deliberate exercise in self-analysis. I believe it’s likely both. When creating The Red Book, Jung knew he was on the verge of madness, and he also knew his analytical skills and expertise as a psychiatrist were his best chance at alleviating suffering, if not creating the conditions for transformation.

In many regards, The Red Book reads like a healing journey — a phrase often used to describe the reclaiming of self after a history of abuse — which is a transformative period that happens for many people committed to overcoming early life trauma. On the way to an authentic self there is first the need to step away from the person one became to survive abuse. Those confronted with this journey often experience a period of ‘going crazy’ on their way to establishing an authentic sense of self.

As The Red Book shows, individuation is a blessed curse. It opens the way to becoming one’s authentic self, and yet also the risk of alienation from the ‘tribe’. Childhood trauma survivors often know this conundrum intimately. Transformation requires a significant reorienting away from the beliefs, feelings, fantasies, and body states that made possible living in traumatizing conditions. Invariably, there is a part of the self that has gone unacknowledged or rejected, and aches to be reclaimed.

In The Red Book Jung found a process for continually rediscovering authenticity. As he often remarked, individuation is an ongoing journey and not an endpoint reached. Jung also intimated the need for what I called in an earlier post leaps of faith: turning away from the larger world’s expectations and towards one’s inner world of wisdom with acceptance and curiosity.

This quote from The Red Book inspires the impulse to creatively go forth into all that you are:

“Woe betide those who live by way of examples! Life is not with them. If you live according to an example, you thus live the life of that example, but who should live your own life if not yourself? So live yourselves.

“The signposts have fallen, unblazed trails lie before us. Do not be greedy to gobble up the fruits of foreign fields. Do you not know that you yourselves are the fertile acre which bears everything that avails you?”

Jung knew such a ‘leap of faith’ is not easy. He also wrote:

“To live oneself means: to be one’s own task. Never say that it is a pleasure to live oneself. It will be no joy but a long suffering since you must become your own creator.”

But he gives helpful advice for the journey, particularly how to live if the world feels contrary to whom you are becoming. Then you must learn to be your own guide:

“To certain things of the world I must say: you should not be thus, but you should be different. Yet first I look carefully at their nature, otherwise I cannot change it. I proceed in the same way with certain thoughts. You change those things of the world that, not being useful in themselves, endanger your welfare. Proceed likewise with your thoughts. Nothing is complete, and much is in dispute. The way of life is transformation, not exclusion. Well-being is a better judge than the law.”

Laura K. Kerr: Is a mental health scholar, blogger and trauma-focused psychotherapist. Her focus is on healing, with special attention to trauma, modernity, and mental health systems of care. Her website is Trauma’s Labyrinth

See also: The individuation process: growing into a mature human being