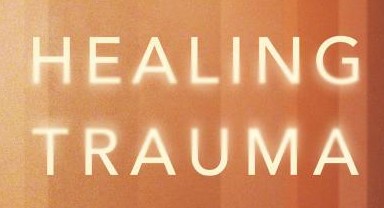 Update 2016: this post was written in 2007. I now know that all systems can be impacted by trauma. Trauma is an agent of general destabilization and dysregulation in our bodies, minds and spirits. As holistic beings everything is impacted. This article doesn’t surprise me at all anymore.

I got turned on to this article (reprinted below) via Stef at Life with PMDD. This is really shocking in my mind. I know that other mental distress has a close link to childhood and adolescent trauma, but I wouldn’t have guessed that severe PMS would have that same link. Unfortunately after this study in 1998 there seems to have been no more interest in this finding. Dropping the ball on studying trauma and mental distress seems to be the way it goes with that which gets labeled mental illness. (since 2007 when this was written the tide has been turning. Trauma is being recognized as significant to everyone. We live in a traumatic world)

The article does not postulate why this might be. Does trauma dis-regulate our endocrine systems as we are growing and changing? The women in the study are found to have more incidences of major depression as well, separate from their pre-menstrual distress. As you know I was diagnosed with bipolar due to menstrual related distresses and I know of several other people (two of whom I’ve sat down to a cup of tea with) who have been diagnosed with bipolar disorder while only having symptoms during their premenstrual phase.

Okay now the article I start this post with:

CHAPEL HILL — More than half of women with a severe form of premenstrual syndrome are likely to have histories of physical or sexual abuse during childhood or adolescence, according to researchers at the University of North Carolina at Chapel Hill.

The findings of their study apply to women diagnosed with premenstrual dysphoric disorder (PMDD). This psychiatric condition affects 5 to 10 percent of women in their childbearing years, and is characterized by bouts of major depression and/or anxiety during the second half of the menstrual cycle and severe irritability before subsiding with the onset of each menstrual period.

“About 50 to 60 percent of the PMDD women may have sexual or physical abuse histories. That is much greater than you would expect in the general population of about 20 to 25 percent,” said the study’s lead author, Dr. Susan S. Girdler, assistant professor of psychiatry at the UNC-CH School of Medicine.

“The severity of PMDD symptoms are as great — or can be as great — as those of women with full-blown major depression or major anxiety disorder,” she said. “But what makes them different is that the symptoms are very time-limited and linked strongly with the women’s menstrual cycle.”

Girdler emphasized that to qualify for PMDD, symptoms must be severe enough to interfere with everyday functioning — to disrupt relationships, result in social withdrawal, even prompt thoughts of suicide.

“We are talking about women who meet very stringent diagnostic criteria for PMDD,” she said. “This is not the garden variety PMS.”

In a report published Nov. 16 in Psychiatry Research, Girdler and her colleagues from the UNC-CH departments of psychiatry and psychology and the School of Public Health note evidence showing that women diagnosed with PMDD also tend to have chronic stress in their lives on a daily basis. This finding, they say, confirms that of other studies and further supports an important role for stress, either as a cause of PMDD or in making its symptoms worse.

The study of 12 PMDD women and 12 healthy women without the disorder looked at responses to life-stress questionnaires, tests of anxiety and depression and to several stressful experimental situations.

These included a “speech stressor” test in which each study subject gave two three-minute talks on what her actions and emotional responses would be to hypothetical interpersonal “hassles.” Scenarios included dealings with an inconsiderate houseguest and a used-car dealer. Cardiovascular measures were recorded, as were blood levels of the major stress hormones norepinephrine and cortisol.

Besides finding evidence of greater chronic life stress and severe traumatic life stress, physiological abnormalities in the stress response system of women with PMDD were documented for the first time.

“We saw evidence that their stress response systems are dysregulated,” Girdler said. “Measures of norepinephrine were abnormally elevated in PMDD women, while their cortisol levels were abnormally low. And we saw this regardless what day of the cycle we looked at. This abnormal elevation in norepinephrine was found all month long.”

As Girdler pointed out, norepinephrine, a neurotransmitter, is a brain chemical that plays an important role in regulating mood.

“And it has been strongly implicated in depression,” she said. “So we think that abnormal norepinephrine levels may play a role in premenstrual dysphoria — depression — that many of these women experience.”

As the UNC-CH team adds more women to the study, differences between the groups persist as stated in the journal report. So far, results confirm other studies that show about 40 percent of women with PMDD have histories of major depressive episodes.

“This is separate from PMDD. This is full-blown, long-lasting major depressive episodes,” Girdler explained.

To date, Girdler and her colleagues have studied and compared more than 20 PMDD women and their healthy counterparts and hope to enroll more.

“These women are often frustrated by their contacts with the medical community,” Girdler said. “They are very happy to help in any way they can to help validate what they feel is a real physiological disorder. These women feel very misunderstood. Their disease is very hard to live with, and yet few people understand how disruptive and devastating it can be.”

More articles on trauma and the body here.

For a multitude of ideas about how to create a life filled with safe alternatives to psychiatric drugs visit the drop-down menus at the top of this page.

Support Beyond Meds. Enter Amazon via a link from this blog and do the shopping you’d be doing anyway. No need to purchase the book the link takes you to or make a donation with PayPal. Thank you!