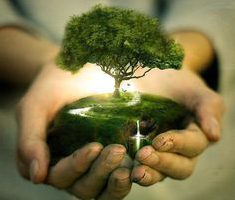 I was a psychiatric success story.  My mother used to go to NAMI meetings and was able to share the wonderful news about how successful my forced and violent psychiatric treatment had been.  I was working a respectable job with respectable responsibilities.The other mothers hung on every word. My psychiatrist too, believed I was a success story. He had done his job well.

I spoke on the phone to that psychiatrist about 4 years ago. I wrote about it on , Dr. David Healy’s website, also four years ago:

I’m sharing this vignette as an opening because I think most doctors hear stories like mine and think that they are not the ones perpetrating such injury. My doctor is a very well-reputed psychiatrist in the Bay Area, CA. He’s well-known and well-regarded. He is a typical psychiatrist and typical psychiatrists are causing grave harm every day all over this country and throughout a good part of the world.

I want to share a bit of the conversation. (The doctor) has a hard time believing that what happened to me is routine, that it happens to many patients. …

So he said something suggesting what happened to me isn’t the norm. That he sees medications working wonders all the time. I challenged him like this, “Dr. M, when you were treating me you thought I was one of your successes, right?” He said, “Yes.” And I responded with, “Well, you were wrong. My life was miserable. I lived in a drugged haze. I slept and worked because that is all I had time to do. I had no passion for what I did and I just lived by going through the motions, flat and empty. My life was hell. I liked you and you needed to believe that I was okay…I tried to please you like a “good patient.” Still if you’d paid attention you know that I was always asking to be put on disability. That’s because it was insane for me to work 8 hours a day when I required 12 hours of sleep because of the heavy sedation. It was also dangerous for me to drive on that pharmaceutical cocktail yet I needed to drive to keep my job. If you had really paid attention you would have known my life was miserable. And I promise you, you have other patients just like me.” (read more at RxIsk)

The drugs about 25 years later almost killed me. Unfortunately, this is not hyperbole. I lay in bed for almost 7 years inert and in egregious pain from the brain and autonomic nervous system injury that was the iatrogenic gift of those drugs. Two of those years I was completely bedridden. My muscles atrophied. The recovery process has taken more years and continues now 12 years after I began the withdrawal process. My story isn’t terribly unusual though it’s a bit on the extreme end of what does happen all the time. I’ve now networked and worked with many thousands of people all over the world with similar stories. Many other people suffer from severe chronic illnesses as a result of the drugs they take but it goes unrecognized by the medical establishment so it’s likely those folks will die in those crippled states of hell. It gives me no pleasure to share this information but I know I must do it in the event that some people can be saved from such trajectories. I am encouraged daily because I know, from those who write me, that, indeed, many people have been able to choose differently because of the information provided by those of us who have become aware of the grave dangers.

Now that I am free of the drugs, it’s clear I never really needed them, not in the way they were used, in any case. I never deny that on occasion, given the lack of any sort of infrastructure for alternative care, that targeted short-term use may be unavoidable. I am certainly pragmatic and I understand the current limits of our system. So that fact does not change that what I really needed, instead, was to be met by love and not force and violence. What I needed was to be seen and understood and heard and not squelched and silenced. There are many of us now that understand these things. We are doing this work in various ways as we can out in our communities now. Slowly what we know in our bones and in our cells are being shared with others so that the butchery and torture might end.

We can give folks what they need. Most of this website is now dedicated to exploring such alternatives and how they might be instituted society wide. Please visit the drop-down menus at the top of the page for more information.

The work I do today is so that people moving forward will have choice and options and so that love might be shared rather than fear continue to spread like contagion with its accompanying violence.

No one need be blamed…this darkness in our consciousness is the general state of humanity and we are starting to wake up. Awareness can heal all. We can spread awareness and love rather than fear and control.

People in desperate places will do desperate things. Desperation can lead to violence, unintended quite often, but violence nonetheless.

When we are frightened we attempt to control. I’ve met these parts in myself as well. If you are human you have this propensity as well.

I am no longer angry. I only want to help others never meet such ugliness…whether as victim or perpetrator, because our fates are interwoven and no one comes out ahead as long as oppressive control is used in the name of medicine and care.

To end this post I’m going to share the words of Audre Lorde with some brief comments.

We live in a culture where it’s often unsafe to reveal the sorts of things I share in this post. The mental health system largely likes to pretend these things don’t happen or they pretend they have nothing to do with the compounded depression and/or psychosis someone is experiencing. This means that the very place people in distress are expected to get help often actually retraumatizes people.

Here Audre Lorde speaks to women, but men too have atrocious traumas happen to them in this abusive culture we live in.‎ These injuries need to be recognized by others. It’s part of the healing process. Speaking out and shedding the shame seems to go hand in hand.

Dare to speak your truth when the time is right. Trust your gut as sometimes it really isn’t safe to talk about. When it is, however, it can heal both you and those who hear it. 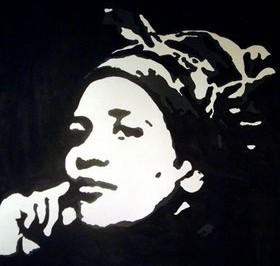 I was going to die, sooner or later, whether or not I had even spoken myself. My silences had not protected me. Your silences will not protect you…. What are the words you do not yet have? What are the tyrannies you swallow day by day and attempt to make your own, until you will sicken and die of them, still in silence? We have been socialized to respect fear more than our own need for language.”

“I began to ask each time: “What’s the worst that could happen to me if I tell this truth?” Unlike women in other countries, our breaking silence is unlikely to have us jailed, “disappeared” or run off the road at night. Our speaking out will irritate some people, get us called bitchy or hypersensitive and disrupt some dinner parties. And then our speaking out will permit other women to speak, until laws are changed and lives are saved and the world is altered forever.

“Next time, ask: What’s the worst that will happen? Then push yourself a little further than you dare. Once you start to speak, people will yell at you. They will interrupt you, put you down and suggest it’s personal. And the world won’t end.

“And the speaking will get easier and easier. And you will find you have fallen in love with your own vision, which you may never have realized you had. And you will lose some friends and lovers, and realize you don’t miss them. And new ones will find you and cherish you. And you will still flirt and paint your nails, dress up and party, because, as I think Emma Goldman said, “If I can’t dance, I don’t want to be part of your revolution.” And at last you’ll know with surpassing certainty that only one thing is more frightening than speaking your truth. And that is not speaking. ~Audre Lorde

And now: I experience my life now as far better than ever before…

For a multitude of ideas about how to create a life filled with safe alternatives to psychiatric drugs visit the drop-down menus at the top of this page or scroll down the homepage for more recent postings.

Support Everything Matters: Beyond Meds. Make a donation with PayPal or Enter Amazon via a link from this blog and do the shopping you’d be doing anyway. No need to purchase the book the link takes you to. Thank you!