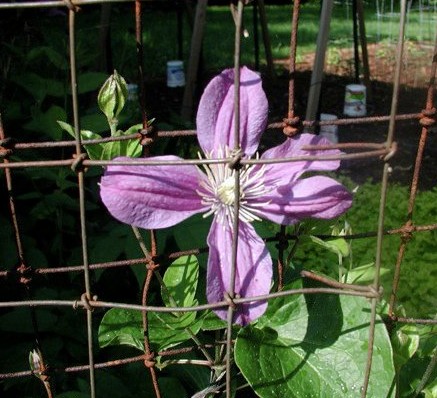 The below was written by one of the members on the benzo board I frequent. I found it useful and thought I would share it here too as these are symptoms not often talked about. The fact is this thread got lots of attention. These are relatively common withdrawal problems but you won’t find mention of it in literature. The only place you find this information is anecdotally among those of us actively living it.

I find the inability to speak most of the time one of the hardest symptoms I deal with as it exponentially increases the sense of isolation one feels and friends and family simply don’t understand why I can’t communicate more often. That said, thank god I can type, though I’m also compromised to read and write. My brain does familiar things well enough, but negotiating conversation (in writing) or reading stuff outside of that which is familiar to me is daunting and cognitively difficult. I only read a tiny fraction of the material that gets posted on this blog. People often make the assumption I read all that I post on the blog and it’s just not true. I am good at collecting information and recognizing material of interest.  I guess it’s because I’m using familiar neural pathways and it’s extremely perfunctory work.

I continue to improve physically. I actually sat for about an hour today while on the internet rather than lying down as I have had to for over a year. Sitting has been as difficult as standing, oddly enough, so I didn’t sit at all for a year in order to use my “up” time to go to the bathroom or other necessary things on my feet. I’m also starting to stretch a lot, yoga style and do tiny amounts of exercise. Like peddle a stationary bike for a minute at a time. It’s exciting. My body really wants to get better and it’s happening.

On the other hand, also today, when I spoke with my husband to share my excitement that I’d been up and doing more than usual I was stuttering to a huge degree. The speech and verbal problems are not getting better, though many of them remain intermittent and not constant.

I’m still unable to go out as the acute sensitivity to stimuli continues though it varies some as well, being out it still way too much. Things are undeniably continuing to  improve but I’m far from well and frustration is still a common feeling. I want so much to DO.

(That was written a couple of days ago. Since then I’ve had another day with acute pain and the inability to be up for more than a couple of minutes…yes this is a roller coaster ride and it sucks)

The purpose of this post was to share this from the benzodiazepine withdrawal board regarding speech withdrawal symptoms. This is written by another member of the board. Following this is my response:

Throughout my taper and withdrawal my biggest problem has been Dysarthria or speech problems or whatever you want to call it.  I have searched the internet up and down in hopes of finding someone with my identical symptoms and a success story of them going away. Of course, this doesn’t exist. So, instead of continuing to search, I’m going to document these symptoms and hopefully at some point report that they went away for future suffers and searchers.

I realized there is a name for these speech symptoms: “Dysarthria”. Dysarthria is a motor speech disorder resulting from neurological injury, characterized by poor articulation. Dysarthria represents just one part of the symptoms. Here is my list. If anyone wants to add additional speech related symptoms, please do. Apparently these symptoms are more common in Klonopin withdrawal, but can be present from any benzo withdrawal.

These symptoms fluctuated during my taper, and were at their worst during my first two weeks after my last pill.

I am three and half months out as I write this. I promise to return and update this post as these symptoms hopefully recede completely. If anyone else wants to chime in with similar speech symptoms, hopefully that have improved, please do.

my response to this post is below. This is from about 3 weeks ago:

Thanks for putting this together. I am at almost 3 months I will let people know how and when these issues resolve.

The above posts from the benzo board are a few weeks old. I’m now past 3 months but still having these issues.

Please do not attempt to discontinue psych drugs without first very carefully educating yourself on the risks involved so that you might minimize the chances of developing grave iatrogenic illness if you decide to withdraw: Psychiatric Drug Withdrawal and Protracted Withdrawal Syndrome Round-Up