The Unlived Life of the Parents

One of the most potent forces upon the psyche of the individual, according to C.G. Jung, is the unlived life of one’s parents. By this he means the potentials of the parents that have remained unrealized and the personal qualities that have never been developed or expressed.

“that part of their lives which might have been lived had not certain threadbare excuses prevented the parents from ever doing so.”

In other words, the unlived life is that aspect of one’s life that was avoided due to such factors as fear, willful unconsciousness, or an excess of conformity.

The well known example of this is the father who puts all his hopes onto his son to become a professional athlete, fulfilling a dream that he himself did not have the courage to pursue.

For the child, the unrealized dreams of the parents create an oppressive environment in which they must live, like an untended home with a crumbling foundation and a leaky roof.

But it is not just future generations who are impacted by an individual’s unlived life, of course. It is not just our parents’ unrealized potential that affects us, it is our own. Everyday in my consulting office I work with people who are struggling with their own choices not made, risks not taken, dreams deferred.

To be sure, there is often a strong correlation between a person’s own unlived life and that of their parents, and part of the therapeutic process is about becoming aware of the impact of the past. Inevitably, though, there comes a moment when the person I am working with becomes impatient with looking for the cause of their dissatisfaction in the past or in something outside of themselves.

This moment of turning within, of groping toward a sense of personal authority and responsibility is a turning point in the therapeutic process, and strong indicator of a positive outcome.

The Refusal of the Call

The experience of the unlived life correlates to what Joseph Campbell calls “the refusal of the call.” Life calls us to participate in its process of continuous becoming, the perpetual cycle of death and rebirth, and if we shy away from this calling we find ourselves, in Campbell’s words, “walled in boredom, hard work, or ‘culture.’”

“Often in actual life, and not infrequently in the myths and popular tales, we encounter the dull case of the call unanswered; for it is always possible to turn the ear to other interests. Refusal of the summons converts the adventure into its negative. Walled in boredom, hard work, or ‘culture,’ the subject loses the power of significant affirmative action and becomes a victim to be saved.” 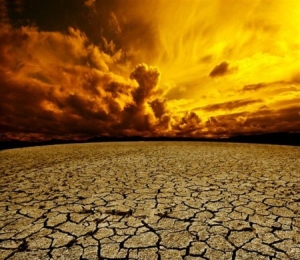 What can be so challenging about this situation is  that the unlived life can look like a successful life. This is often what keeps a person stuck in the endless round of hard work.

The common refrain for this person goes something like this: “I have a good job with a good salary. I shouldn’t expect any more than that, but I’m just not happy.”

“His flowering world becomes a wasteland of dry stones and his life feels meaningless — even though, like King Minos, he may through titanic effort succeed in building an empire of renown. Whatever house he builds, it will be a house of death: a labyrinth of cyclopean walls to hide from him his Minotaur. All he can do is create new problems for himself and await the gradual approach of his disintegration.”

The One Harvest That Matters

The poet David Whyte describes this condition as the result of being busy with “everything except the one harvest that matters.” We live in a culture that is primarily concerned with busy-ness, but this constant activity is mostly used defensively as a means of preventing ourselves from feeling the uncomfortable disconnect from our deepst being.

“Overwork can become a kind of amnesia from which it becomes increasingly difficult to break.”

We are not nourished by work undertaken only for economic reasons. And even if a person is financially successful, whatever goods they can buy do not satisfy the needs of the soul:

“Those with busy lives, but bereft of the inner images based on the soul’s desires, have empty larders, and no fire in the hearth; they will starve if they are not fed something more nourishing.”

The Jungian analyst D. Stephenson Bond agrees with this assessment by Whyte and points us to the field from which the true harvest can come. It is none other than the power of imagination that already resides within us:

“One of the essential factors in psychological development is the link between potential and actuality, between what is dreamed and what is lived, between the conceiving self and the self-in-the-world. And the link is through imagination. The link is through playing.”

This, to me, is one of the great strengths of Jungian therapy. The methods that it makes use of for healing — dreams, active imagination, creative activities such as writing and drawing — are, in a sense, the experience of healing itself, in so far as they activate and express the imagination.

And so the healing question becomes “How can you recover a sense of play? How can you learn to believe again in the power of your own dreams?”

How do you play? What is your source of inner nourishment? Let me know in comments below. I’d love to hear your thoughts.

Jason E. Smith is the founder of Heartsfire Counseling. As a Jungian psychotherapist, career counselor, and workshop leader he helps people discover the power of their authentic inner voice and to find ways to realize it in their lives. You can read Jason’s blog and find out more about his services at www.jungiantherapist.net.