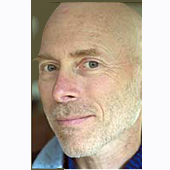 This video presents the background and research for the DSM-IV-TR category Religious or Spiritual Problem, specifically focusing on Mystical Experiences as a type of spiritual problem that can present as a mental disorder. However if recognized and treated as a spiritual experience, it can benefit the individual and avoid unnecessary use of hospitalization and medication. (from youtube)

David Lukoff was also interviewed on Madness Radio before the shows were regularly posted here on Beyond Meds. I will share it here now. It’s from 2008:

Clinical Psychologist David Lukoff talks about his madness experience and the spiritual transformation it triggered. David went on to become a leading figure in the field of Transpersonal Psychology and works to bring greater spiritual awareness into mainstream mental health practice.

I’m also taking this opportunity to share a post about Paris William’s book: Rethinking Madness: Towards a Paradigm Shift in our Understanding and Treatment of Psychosis

I don’t think the line between mystical and pathological is at all clear and people need to be clear on this fact.

This is the post I wrote and shared when I first got Rethinking Madness:

I just received my copy of Rethinking Madness, which Paris Williams, the author, mailed to me. It’s truly an essential text for anyone who wants to understand the psyche, particularly such phenomena that is considered psychotic and mad.

One of the many things he explores which is critically important, is that even within the field of tranpersonal psychology there is a bias against people who have “genuine” psychosis as opposed to “spiritual emergence.”

Paris points out that this distinction is a dangerous one to make and is often not at all clear.

I, for example, contacted Stan Grof as a young woman having recognized my issues were not mental illness and was engaged with interest until I told him I’d been labeled bi-polar. At that point he couldn’t wait to get off the phone. I was struck with the hypocrisy of that, him having married the wife he met as a patient in the psych ward. Her book, The Stormy Search for the Self, about her own spiritual emergence and crisis was at one time very helpful to me.

Anyway, the fact is many people are lost to psychiatry and neurotoxic drugs for life because too few people who might be in a position to help want to really delve into the dark and difficult content that the psyche sometimes presents and then those people experiencing such difficulties are all too often tossed away and drugged for life…a few of us escape to tell the tail of neglect. We too have stories of transformation albeit with some additional struggles that had there been people around to recognize our process and support us we might have been spared some suffering.

This book, Rethinking Madness and many of us who have these experiences hope to democratize the opportunity to heal. Right now only the lucky few are able to find their way.

Many stories about med-free recovery from psychosis here: Psychosis Recovery

And finally a post with a list of many resources for Spiritual Emergency: Spiritual emergency: one way of interpreting activity of the psyche that is often labeled psychotic